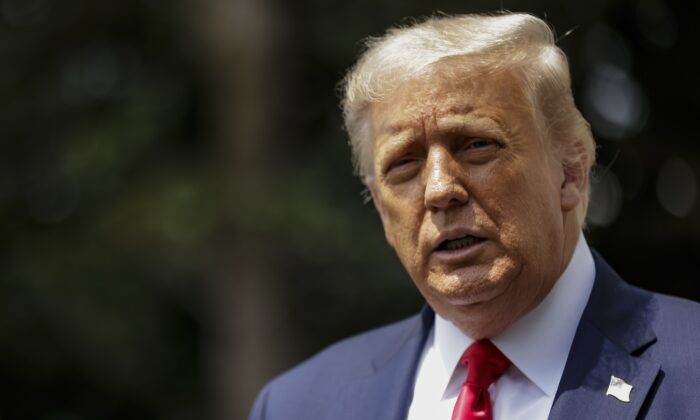 Governors across the country are asking President Donald Trump or federal lawmakers to step in and completely fund enhanced unemployment benefits, including some members of Trump’s party.

The Republican signed an executive order over the weekend resuming additional payments for the unemployed, but mandated that states pony up a quarter of the funds.

California Gov. Gavin Newsom, New York Gov. Andrew Cuomo, and Kentucky Gov. Andy Beshear said this week that their states cannot afford the 75-25 percent split. All are Democrats, but some Republicans are raising concerns as well.

GOP Mississippi Gov. Tate Reeves told reporters during an Aug. 10 press conference that the state’s unemployment fund has $489 million left. The state would approximately double its current $22 million per week outlay if it followed Trump’s plan, effectively draining it in 10 weeks.

Reeves praised Trump and called on Congress to fund an enhanced unemployment payment.

“The president has done his part. Now I hope the Congress will do theirs,” he said.

While Trump’s executive order requires states to put up 25 percent, that portion can be paid for with stimulus money from the CARES Act, the package approved earlier this year, administration officials said.

“On the 25 percent, that’s coming from money we already gave the states. So this is effectively 100 percent paid for by the federal government,” Treasury Secretary Steven Mnuchin said in an appearance on “Fox News Sunday.”

Republican Arkansas Gov. Asa Hutchinson told reporters Monday that his state has $250 million in stimulus money set aside, with plans not to tap into funds until October.

The state could use the money to pay for most of the estimated $265 million cost for the enhanced unemployment benefit but would need state lawmakers to pass a new appropriations bill to do so, the governor said.

“The best solution is for Congress to reach an agreement that we can have the continued ability to provide the unemployment compensation at some level of increased support,” according to Hutchinson.

Congress is locked in a stalemate on a new stimulus package, with Democrats refusing to go beneath $2 trillion and Republicans declining to go above approximately $1 trillion.

Other states have obligated or spent all of the stimulus money, including Florida.

Gov. Ron DeSantis, a Republican, told reporters Tuesday that the state is having “a tough budget time,” adding: “I’m having to potentially have general revenue obligated for this, then that is something that would be very problematic given our circumstances.”

Another option—borrowing money from the Department of Labor to pay for the enhanced payments—could get challenged in court.

“I want make sure that there’s no legal risk for us. If someone were to challenge this, then we’d be left on the hook,” DeSantis said.

The Center on Budget and Policy Priorities, which says it is a nonpartisan research and policy institutute, alleged in a statement over the weekend that Trump’s plan “will force states to choose between letting the federal supplemental unemployment benefits end entirely and slashing other parts of their budgets.”

Trump should withdraw the executive actions and return to the negotiating table, the group said.

Several governors have said Trump’s plan is fine with them.

West Virginia Gov. Jim Justice, a Republican, told reporters Monday that the state would step up and meet the 25 percent responsibility, using the $687 million in stimulus funds he set aside.

“Hands down, period, West Virginia is going to pay it. We do so very willingly,” he said.

“I believe that the federal government will eventually reverse their stance on that and that they will pay the full 100 percent in the end,” he added. “But we’ve got the money set aside to make it work either way.”

Trump told reporters on Sunday that some states may pay nothing. Each state will make an application, and each application will be dealt with in turn by administration officials.

Democrats were pointed in their criticism of Trump’s executive action. Cuomo called the state funding requirement “simply impossible.” Michigan Gov. Gretchen Whitmer said in a statement that Trump “is requiring states that are facing severe holes in our budgets to provide 25% of the funding.” Illinois Gov. J.B. Pritzker described what Trump did as “legally questionable theatrics.”

The White House didn’t respond to a request for comment. Administration officials say all four orders were legal, citing specific laws or authorizations for each one.

Cuomo and Hutchinson, who helm the National Governors Association, this week in a statement called on Congress and the Trump administration to come up with a workable solution, including some $500 billion in aid to states.

“We’re seeing enough challenges around standing up this brand new program, getting it funded out of the disaster relief fund, having the states figure out how they can come up with their 25 percent match, or what the ramifications would be if they can’t come up with their match, that you’ll continue to see a big push to say this is just not an acceptable alternative,” Edwards told reporters on Tuesday.

“We need Congress to sit down and work out a compromise.”

“There’s a new option for implementing the additional unemployment compensation,” Dan Tierney told the Ohio Capital Journal. “The first is the $300-$100 split that was reported all weekend. The second was that states could just opt in and proceed with the federal government making a $300 additional payment at no additional cost to the state. Ohio’s going to proceed with that option.”

Follow Zachary on Twitter: @zackstieber
Go Back: US News
Previous: Trump: ‘Suburban Housewife’ Will Vote for Him Over Biden Due to Housing Policies
Next: Payroll Tax Deferral Could Add $40 Billion a Month to Americans’ Paychecks: Analysts
source : www.theepochtimes.com
''