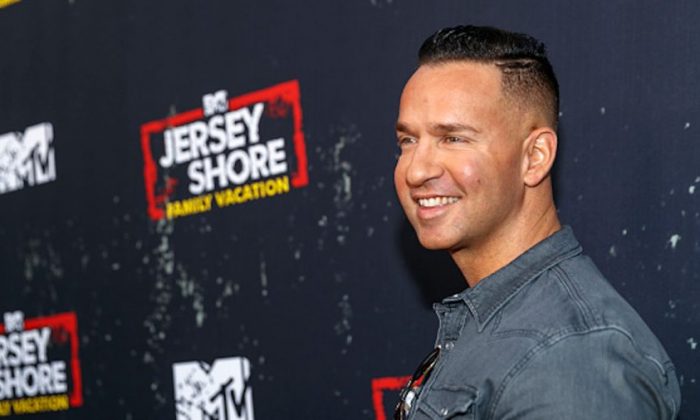 Michael “The Situation” Sorrentino, best known for starring on MTV’s “Jersey Shore,” was released from a New York federal prison Thursday, according to the Federal Bureau of Prisons.

Sorrentino, 38, was sentenced to eight months in prison for tax evasion in 2018 and ordered to pay a fine of $10,000 and complete 500 hours of community service.

He posted his first image on Instagram after being released that shows him with his wife, Lauren, and their dog, Moses, inside their home.

“Living my best life with my beautiful wife,” he posted.

The shirt he is wearing is from his online store, and it reads “the comeback is always greater than the setback.”

Lauren also shared the image on Instagram with the caption: “The house don’t fall when the bones are good welcome home honey.”

Sorrentino appeared on “Jersey Shore” from 2009 to 2012 and on the show’s 2018 spinoff, “Jersey Shore: Family Vacation.” The season is currently airing and shows cast members visiting him in prison.

“I’m happy he’s being released,” New Jersey attorney Richard Sapinski, who represented Sorrentino, told CNN on Wednesday. “I like Michael. I’m glad the matter is being concluded. I wish him well.”

On his verified Instagram page, fans expressed support and enthusiasm for Sorrentino’s release, with comments such as, “proud and happy for you,” “one more day homie,” and “tomorrow’s the big day,” among others. His wife’s Twitter page is also flooded with words of hope and motivation regarding Sorrentino’s upcoming release.

Sorrentino previously pleaded guilty to tax evasion and concealing income, stemming from a 2014 indictment for falsifying business and personal tax returns between 2010 and 2012. As part of his plea agreement, he was ordered to pay restitution to the IRS in the amount of $337,693, according to court documents.

Sorrentino intentionally did not report the true income amount received to the accounting firm he used, and provided it with a list of false or inflated business expenses, according to the indictment. In 2012, he submitted a fraudulent US tax return to the IRS for the year 2011, knowing it was false.

“Lying to and defrauding the federal government is a very serious crime, regardless of a defendant’s celebrity status,” said Principal Deputy Assistant Attorney General Richard E. Zuckerman in the New Jersey US Attorney’s 2018 statement.

The U.S. Attorney’s office for the District of New Jersey declined to comment on Sorrentino’s release.

Sorrentino’s brother, Marc, 40, was sentenced to two years in prison in 2018 for aiding in the preparation of a false and fraudulent tax return, according to the statement. He is expected to be released on September 28, 2020.