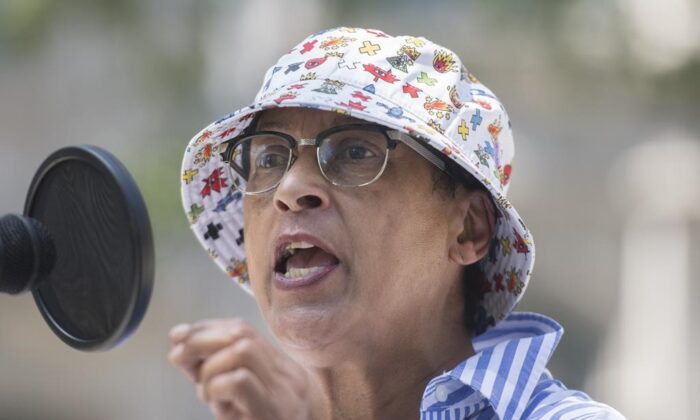 Former Liberal Party of Canada MP Marlene Jennings speaks during an event called 'Our Long Walk Home', in Montreal, Aug. 1, 2020, where organizers encouraged people to participate in their campaign to buy back and rebuild a lot that formerly housed the Negro Community Center (NCC). (The Canadian Pres/Graham Hughes)
Updated: 2021-06-10 19:30:12

Jennings says the government’s pre-emptive use of the notwithstanding clause to shield the bill from certain constitutional challenges creates a “charter-free zone” involving a wide array of interactions between citizens and the province.

She says her group has urged federal Justice Minister David Lametti to ask the Supreme Court of Canada to study the constitutionality of Bill 96.

The legislation, tabled in May, is a major reform to the province’s signature language law, known as Bill 101. The government has said the goal of Bill 96 is to affirm that French is the province’s only official language and the common language of the Quebec nation.