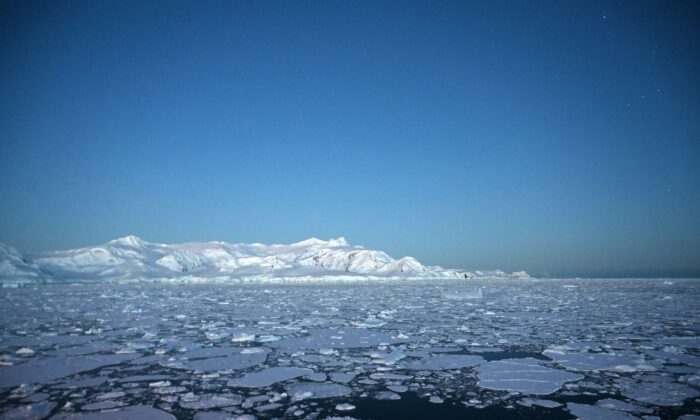 The magazine’s announcement, which will denote the body of water as an ocean in its atlases and maps, was made in honor of World Oceans Day.

The borders of the Southern Ocean touch three of its watery peers: the Atlantic, Indian and Pacific oceans.

“Scientists have known for many years that the icy waters around Antarctica form a distinct ecological region defined by ocean currents and temperatures,” National Geographic tweeted, noting the International Hydrographic Organization (IHO) had not yet named the ocean nor agreed on the extent of its region.

Though some scientists and IHO members refer to the body of water as the Antarctic Ocean or Austral Ocean, National Geographic said it added the Southern Ocean to its oceans list “based on the science and the conventional acceptance” of it.

The Southern Ocean’s “ecological boundary … follows a sinuous line” around Antarctica, known as the Antarctic Convergence or the polar front, and the ocean’s limit is between 50 and 62 degrees south latitude, National Geographic tweeted, noting it will use 60 south latitude as that’s used in the United States by NOAA and by others in IHO.

A “very different-looking group of killer whale,” known as a “type D” killer whale which had been identified in New Zealand in a 1955 photo, was found in the Southern Ocean back in 2019.

Go Back: Science
Previous: Women Now Drink As Much As Men — Not So Much For Pleasure, But To Cope
Next: Strange ray of lights flying towards Ring cam
source : www.theepochtimes.com
''

Behold! The Anus: An Evolutionary Marvel

To Keep Your Brain Young, Take Some Tips From Our Earliest Ancestors
Epiphany at 3:11 AM: Search for Jesuits and The Holy Spirit

Unpaid Caregivers Were Already Struggling. It's Only Gotten Worse During The Pandemic

The First 'Murder Hornet' Of 2021 Has Been Discovered In Washington State
Biden Doubles down on The Insurrection Lie, and The Didn't Happed Murder of Police Inside the Capital